Epigenetic mechanisms, including DNA accessibility, histone modifications, DNA methylation and non-coding RNAs, regulate gene expression and translation and thereby cell phenotype and function. Moreover, epigenetic changes act as mediators of the interaction between environmental factors (hypoxia, infection, smoke, physical activity etc.) and genetic factors. Epigenome-focused therapies thus represent a novel arena for the development of lung health maintaining and restoring therapies. Against this background, the Pullamsetti lab will focus on epigenomic profiling of different lung cells to understand their phenotypic/metabolic/functional heterogeneity in pathological vascular and parenchymal remodeling events, as occurring in various lung diseases (see overview figure). Importantly, generating cell-type specific transcriptomic and epigenomic maps at single-cell resolution is crucial to understand the cell-state transitions and the cellular cross talk between epithelial, endothelial, fibroblast-type and smooth muscle cells, including their resident stem/progenitor cells, as well as infiltrating bone marrow-derived immune and progenitor cells. To this end, this group has established and will further extend single-cell and single-nuclei preparation protocols for experimental and human lung tissue. Specifically, to define the cellular composition and phenotypic heterogeneity of novel subpopulations, isolated cells will be sorted by flow activated cell sorting and subjected to gene expression profiling using single-cell or single-nuclei RNA sequencing (scRNA-seq, snRNA-seq, 10x Genomics), and chromatin accessibility using microfluidics-based single-cell assays for transposase-accessible chromatin (scATAC-seq, 10x Genomics). Multi-omic analysis of corresponding scRNA-seq and scATAC-seq datasets will be performed to map cellular identities and subclusters and their respective molecular signatures. Results of this “integromic” approach will be linked with architectural and functional pulmonary abnormalities in the various lung diseases, profiting from the rich source of experimental models and biobanked human tissue available via ILH and DZL. Moreover, the studies will be extended to nucleosome epigenetic features including histone and DNA modifications as well as histone variants or nucleosome adducts, representing a further level of complexity. We expect that these studies will substantially advance our knowledge of the “deep” genomic/gene regulatory events governing lung health maintenance versus disease development, that new classes of diagnostic and prognostic biomarkers will be identified, and that “epigenome-focused therapies” will offer new approaches for preserving and restoring lung health beyond currently available therapies. Against this background, a large number of cooperative projects within the ILH have been and will be pursued in the forthcoming years, as listed in the subsequent section. 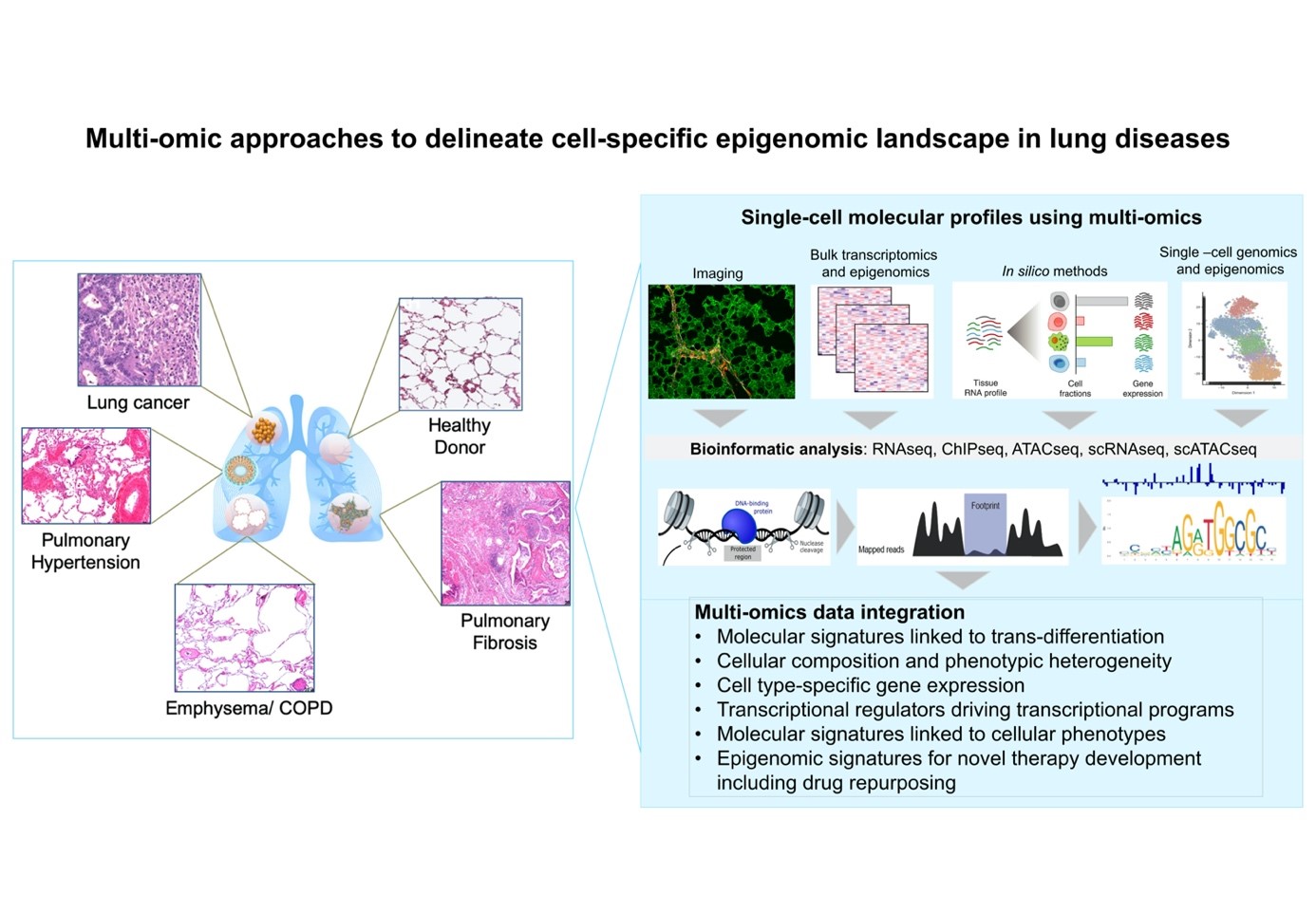